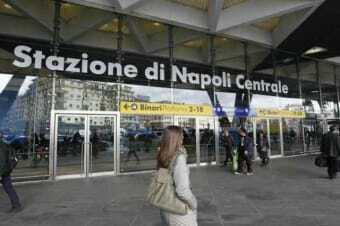 Campania is one of the most beautiful regions of our country: charming, picturesque, sometimes chaotic, but can excite relentlessly and Naples is the ultimate expression of this, a beautiful and lively city that fills those who visit.

Naples is a great city to visit and how you should be able to use a private vehicle, so you can contact to the services offered by RentalUp, which gives the possibility of renting a low cost car to the Central Station of Naples, important crossroads where most of the trains coming from the rest of Italy. The station of Naples is one of the busiest rail centers of Italy, after the ones in Milan and Rome

The artistic monuments of Naples 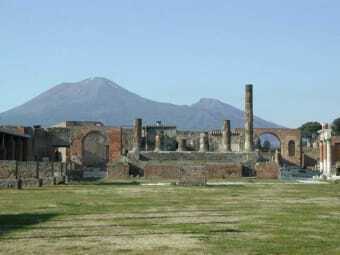 Naples is a city with ancient history, which is lost in the mists of time and who helped write an important page in Italian history. In Naples and surrounding the monuments are very different, some are famous all over the world. Leaving the city and heading south, using the services of car rental, you get easily and in less than half an hour by car to the famous Pompeii and Herculaneum, the two Roman cities that were hit by the lava of Vesuvius during the famous eruption of 79, that all fossilized and now allows us to visit these unique places in the world, immersing ourselves in the atmosphere of the time. The UNESCO has included the city of the heritage of humanity, of great importance are mainly religious buildings, including the Christian catacombs. The churches of Naples are different styles, as testimonies of more than seventeen centuries of history, the most important ranks the Cathedral of Santa Maria Assunta, built from 1200 on previous sacred buildings. The construction took a long time and this has led to the cathedral to have different styles, from Gothic to Renaissance, through the Baroque and Gothic. Among the civil buildings, however, may include the royal residences: the Royal Palace is perhaps the most famous, overlooking the central Piazza del Plebiscito and dates back to 1600, under the rule of the Bourbons. The Maschio Angioino, however, is a castle, a medieval symbol of the city, which is right on the sea, creating the most unique and rare scenes that open the eyes of tourists, which can make a stop in this wonderful place. The characteristic places in Naples are many, such as the Castel dell 'Ovo, but the entire city is a huge open-air museum where you can immerse yourself in the traditions and culture of the people living with the sun in your eyes and in your heart. Sanità, Chiaia, Posillipo, Vomero, Porto, are all areas that deserve to be enjoyed. Are also numerous lookouts in the city of Naples which look out and enjoy the view of its Gulf, with the Grand Master in the background, Vesuvius, which makes it quaint and uncommon. Then there are the islands in the Gulf, real works of art natural, like Capri and Ischia.

Food and fun in the city parteneopea 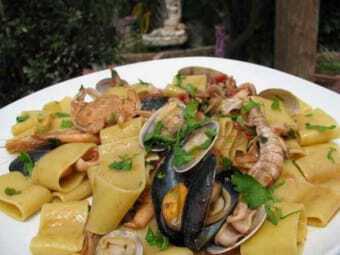 Naples is world famous for its gastronomy, which has been exported to all nations, but mostly it is famous for pizza. In Naples, pizza is a real ritual in which you can not escape, are infinite spaces in which to eat the true Neapolitan pizza, especially in the historic center. In addition to pizza, Naples has a very rich food culture, which is based on the Mediterranean culture: rich dishes of grilled fish, but also many varieties of pasta as paccheri, which are often cooked with seafood.

Naples is a sunny city, happy and fun, then that loves to have fun. For this reason, the Neapolitan nightlife is alive until late at night, and many of the locals both in the center hinterland that can provide entertainment. Thanks to the services RentalUp,low cost Rental Car in Naples, you can move to Bagnoli district, one of Naples overlooking the sea, to have fun and rock out in the most popular nightclubs in the city.

For quieter evenings, however, there are a disco pub. If you are lovers of tradition, you can not miss the traditional miracle of San Gennaro, a true rite in Naples: if the blood inside the interrupter melts, the city is safe, on the contrary, there will be disasters for the city of  Naples. Naples is at the heart of the folk tradition and historic areas it is not unusual to impromptu performances by street artists who offer their art to passersby.