Cagliari is a magic city, developed on seven calcareous hills. The city centre is easily reachable from Cagliari Elmas Airport, which is located in the municipality of Elmas, about 7 km far away from Cagliari: you just have to take the highways SS391, 130 Iglesiente and then SS195. To do it, you can choose the rental car service at Cagliari Airport, picking up the vehicle you have previously booked online on RentalUp.

This three-floor airport is organized as follows: on the third floor there are offices, conference halls and panoramic restaurants; the second one is reserved to departures; on the first one there are national and international arrivals.

The origins of Cagliari Elmas Airport date back to 1937, when the first airport core was built close to the pier of the seaplane base on a project by Giorgio Gandini. The airport soon overruled as one of the most used in those years. Over the years it was expanded till the current dimensions, with four terminals.

It hosts flights which connect Cagliari with the main Italian cities and low-cost flights which offer connections to London, Cologne, Stuttgart and other destinations. 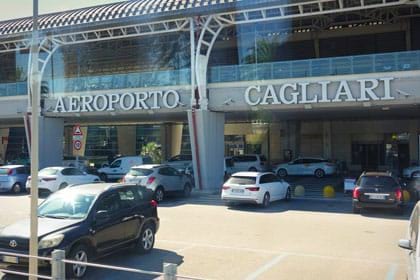 Castle of San Michele and other attractions in Cagliari

Cagliari is one of the most important and famous cities in Sardinia, enclosed within the blue of the sea and the white calcareous rocks. The Britannic writer Herbert Lawrence described it as “a naked town rising steep, steep, (…) The city piles up loft and almost miniature, and makes me think of Jerusalem”.

One of the most important monuments in Cagliari is certainly the Castle of San Michele, which stands on Colle Castello and gives its name to one of the most ancient city quarters. Nowadays the fortress hosts a museum among the most important ones in the entire island, which exposes temporary exhibitions about Sardinian history and culture. The castle was built in the last XII century and today it is still surrounded by the original moat and it is connected to the lower town through the beautiful bastion of Saint Remy, which includes a semi-circular staircase.

On the hill of Bonaria another typical monument stands: it is the Shrine of Bonaria, that was built in the last XIV century, in gothic-Catalan style. It certainly worth a visit also the Cathedral of Santa Maria, that was built in the XIII century in gothic-Pisan style, enlarged between the last XIII and the early XIV centuries and transformed according the typical Genoese baroque shapes by Domenico Spotorno.

Visiting the Cathedral, the pulpits, the XVI century polyptych of Annunziata, the wooden sculpture of Madonna con Bambino by the Venetian school and the four lions at the base of the staircase of the presbytery all deserve your attention. 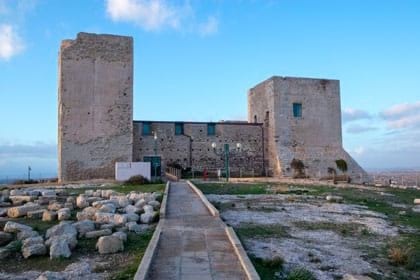 Cagliari on the road: the most beautiful beaches

The main beach for the inhabitants of Cagliari is the beautiful Spiaggia del Poetto, which extends for less than 8 km from the promontory Sella del Diavolo to the coastline of Quartu Sant’Elena. The emerald water and the very fine white sand has always attracted tourists, who will have the opportunity to spot the beautiful flamingos, if they are lucky.

If you love the turquoise water and the stretches of sand enclosed within the green of the Mediterranean scrub, you must get to Costa Rei, which is characterised by 8 km of stunning beaches in close proximity to Cagliari. Particularly beautiful are also the beaches of Sant’Antioco, Cala Mosca and Cala Tuerredda, an authentic natural paradise, into a wild and lonely landscape, which is ideal for whoever loves quiet. You can also reach by swimming an islet in front of the beach. 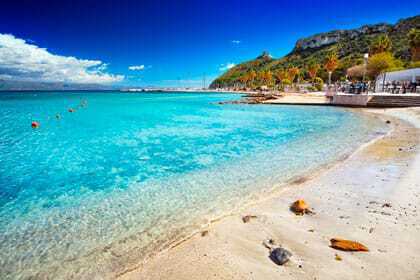 Rental car with no credit card at Cagliari Airport

Thanks to RentalUp, you can pick your rental car up at Cagliari Airport, also if you do not have a credit card! How does it work? It’s really easy!

Just enter the details about pickup and delivery (place, date, time) and start the research. By applying the “without credit card deposit” filter, you will get a list of cars that you can rent without using a credit card. Choose the one that best fits your needs!

RentalUp proposes you the best offer among a selection of partners, who offer this service. To rent a car at Cagliari Airport will be easy if you have a debit card (Bancomat, Visa Electron, Mastercard Debit) or a prepaid card. 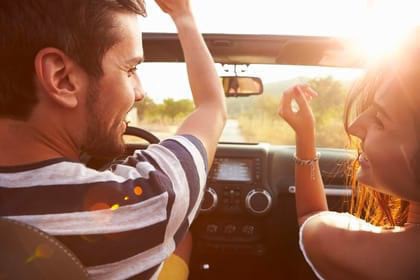