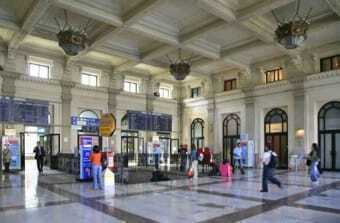 Bologna, capital of Emilia Romagna is one of the most important Italian cities. Inside, in fact, coexist tradition and innovation, cultural heritage and large industries. Located in the heart of Italy, is also in effect a hub for anyone who wants to get to other cities. The city of Bologna has a large and efficient train station, which connects the city to various locations, with a traffic volume of approximately 58 million passengers per year. Once there you may be required to rent a car in order to move safely in the area and visit nearby towns without relying on public transport. On www.rentalup.eu you can book the most suitable to your needs with the assurance of getting the best rate.

The artistic monuments of Bologna 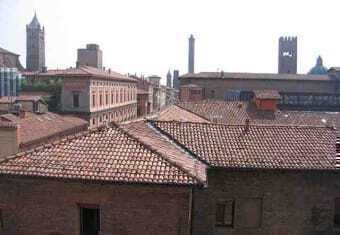 With your rental car at Bologna centrale railway Station can be reached in a very easy the historic center of the city of Bologna, where you can find most of the attractions. First thing you will immediately notice the medieval style that permeates the main roads, which are characterized by a massive presence of arcades, so as to gain in Bologna the nickname "city of arcades" of clear medieval origin are also countless towers on territory, including the famous Tower Asinelli and Garisenda Tower, which are to all intents and purposes the emblem of the city. Very famous are also the various religious buildings including the church of San Francesco, the first example of French Gothic in Italy, and the basilica of San Petronio, located in the famous Piazza Maggiore, here also you can find some of the best known three attractions such as the Palace of the Podestà and the Fountain of Neptune.

In addition to the city of Bologna, the hired car in Bologna Centrale railway Station, will make a visit to neighboring villages, such as, for example, Anzola Emilia, where you can see the Tower of King Enzo and the parish church of Saints Peter and Paul, or the town of Sasso Marconi, where there are different traditional fairs and festivals on the revival of ancient crafts of Emilia and the promotion of local products, such as chestnuts, mushrooms, truffles and cheeses.

The Bolognese gastronomy and entertainment in the city of Bologna 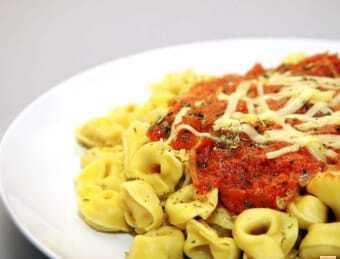 Bologna is also famous for its good food and the many local present, which provide entertainment for all ages.The typical dishes of Bologna, renamed by Petrarch "the rich" are famous all over the world; among them the place of honor is occupied by the sauce, accompanied by the inevitable noodles or, alternatively, the lasagne, followed by the equally popular tortellini served in broth strictly and finally, how not to mention the famous mortadella!? After a good meal can not miss a bit of fun, ending the evening in one of the many night clubs and dance halls in the city. Bologna, finally, is home to several shops for those who want to spend a day of shopping, the main streets are lined with outlets and craft shops, as well as prestigious boutiques of haute couture. In the heart of the historical center, in fact, is the famous quadrilateral shopping, including the area bounded by Via Rizzoli, Via Farini, Via Castiglione and Via D'Azeglio, the latter is completely closed to traffic, is the most exclusive area of city.